South vs North rivalry game gets a new name, Legends 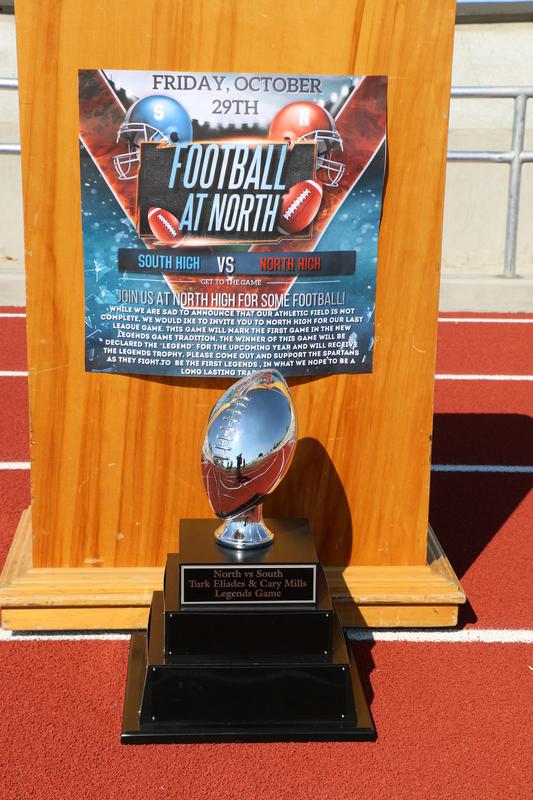 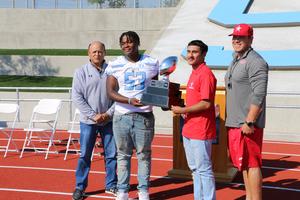 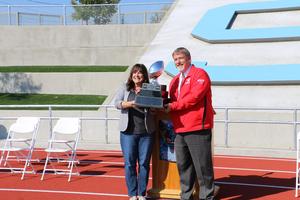 One of the oldest on going rivalries in Kern County Sports will continue but with a new name and perpetual trophy.  This week, Principals Connie Grumling of South High and Mark Balch of North High held a joint press release at the North end of newly remodeled Spartan Stadium.
Going forward the former Battle for the Swords will be known as the Legends Game.  The trophy presented to the winner and showcased at the winning school's site is named after two legendary coaches, one from each school.  That honor goes to current coach Cary Mills of South High who has nearly 30 years of coaching and several league titles in Football and Wrestling. Coach Mills is also a South High Grad who was an outstanding student athlete.  Jordan (Turk) Eliades name will also appear on the the trophy as the North High legendary coach. Coach Eliades spent 32 years at North High and was the school's first football coach, leading his teams to eight league titles and one Central Section title.  In addition he served his country as a fighter pilot in World War II.
The first game of this new/old tradition will be held at North High this Friday at 7:30pm.  Come out and support both schools in what should be another great matchup.
Pictured are Connie Grumling and Mark Balch Principals, Cary Mills and Richie Bolin Head Coaches, Dante Borradori and AJ Shearon Athletic Directors, and Joe Dabney and Mario Gonzales Student Athletes.